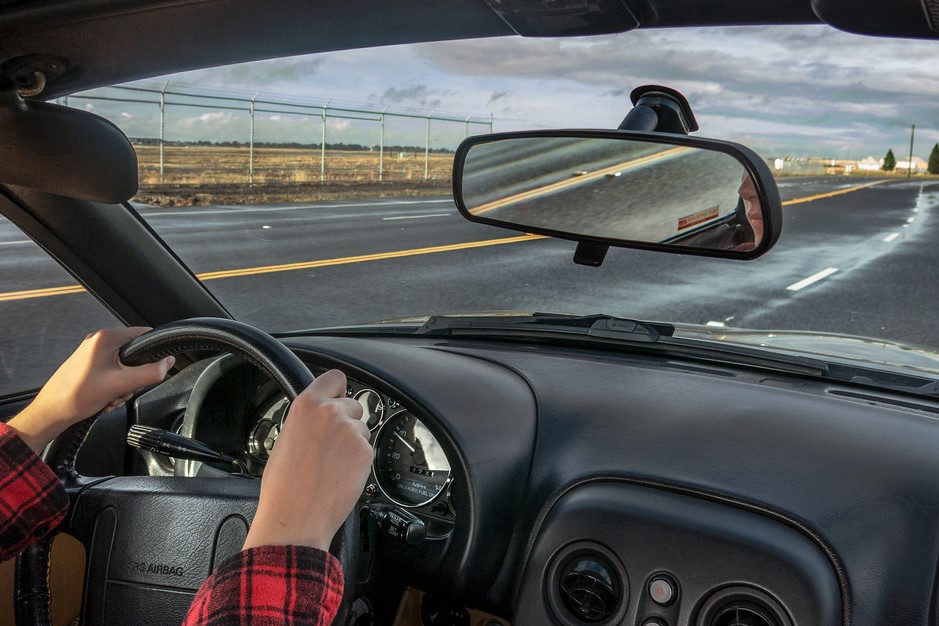 We gig drivers spend a lot of time behind the wheel in city traffic. We consider ourselves to be expert drivers. We know the difference between good driving and bad driving. So I’m sure none of us are guilty of driving like jerks. What does it mean to drive like a jerk?

Jerks are idiots who endanger the people around them, and don’t know how to share this wonderful common property which we affectionately call THE ROAD. Here are the 8 most annoying (and dangerous) habits of jerks behind the wheel:

For about a century now, all automobiles have a lever on the side of the steering column – commonly known as a “turn signal”. The lever activates a set of flashing lights on the right or the left side of a car, signaling signal your intention to turn a corner or change lanes. Every civilized drivers knows about this and uses this turn signal lever all the time. Apparently, some cars came off the assembly line missing the turn signal lever, because quite a few people don’t signal their intentions. They just stop in the middle of traffic without warning, or change lanes dangerously, or waste people’s time waiting for them at an intersection because nobody knows which way the are going to go. Don’t be a JERK! Be safe! Be considerate of others! Use your turn signal all the time!

We’re all seen them on our roads and highways… They come up behind you. Then they pass you on the right. Then they cut in front of you. Then they do the same thing to the car ahead of you. Then suddenly they’re 2 lanes over to the right, trying to get around a slower driver. And next thing you know, they’re back in your lane – still only 2 or 3 cars ahead of you, after all that stupid, dangerous effort. They think they are a really cool Formula One driver who is a better driver than everybody else.  They don’t realize that everybody else around them on the road knows the truth – that they are a JERK.

If the limit is 40kph, they drive 70. If the limit is 100kph, they drive 135. And to make matters worse, they drive like this in any lane – not just the passing lane. For example: You’re driving at the speed limit, and now you want to carefully switch lanes. You look in your mirror and confirm there is nobody coming up behind you in your intended lane, you activate  your turn signal, and you begin to move over into the other lane. Then out of nowhere you see him approaching fast, a small reflection in the mirror which is suddenly much bigger. Just before he smashes into your car, you quickly return to your original lane, heart beating rapidly as he flies by. You secretly hope there is a speed trap just ahead – justice for the JERK!

Every civilized driver knows that it is unwise to switch lanes as you are about to enter an intersection. The reason is obvious – other drivers around the intersection are watching for opportunities to safely enter the flow of traffic by turning into an available lane. When drivers switch lanes right before the intersection, the chance of an accident increases dramatically. In fact, educated drivers understand that most accidents happen in intersections. But JERKS are neither civilized nor educated. They change lanes any time they want – and are the reason for many of those intersection accidents.

Jerks are impatient, and they think they are so important that they don’t have to obey traffic lights. They just can’t stand sitting at red lights, waiting their turn. So every time they see a yellow light ahead, they accelerate. Or when they are waiting outside the intersection for a chance to make a left turn and the light turns red, they still race out through the intersection to complete their left turn. Meanwhile, the light has turned green for the other direction, but 50 cars can’t move because the JERK is still in front of them cutting through the intersection. Nowadays, it seems even dump trucks and 18-wheelers are copying this dastardly habit. What’s the world coming to?

You’ve seen these daredevils, suddenly swinging around into the opposite lanes even when there is oncoming traffic. Or doing dangerous U-turns in the intersection, forcing other cars to jam on their breaks or delay their own movements while waiting for the JERK to get out of the way. As gig drivers, let’s admit it – we do a lot of U-turning. But there is a big difference between safe U-turning and driving like a teenager in a go-kart.

You’re driving on the highway at 90kph, and you can’t go any faster because there’s someone in front of you. And there’s a jerk following directly behind you, only one car length away. He’s so close that you can even see the whites of his eyes in your rear-view mirror. And you feel tempted to tap your brakes and give him a scare. But that would only make the JERK angry, causing him to do something stupid – more stupid than tailgating in the first place.

The ultimate low-class jerk is one who parks in handicapped parking spaces when he goes in to pick up his takeaway meal at his favourite restaurant. But the meal is not quite ready yet, so the driver has to wait. And meanwhile, a handicapped senior comes along and can’t find a parking spot. This is the same jerk who can’t be bothered finding a proper place to park when dropping off a package on the 22nd floor of a high-rise apartment. Instead, he parks right beside the sign which says, “No Parking – Fire Lane”. Let’s hope there isn’t a fire in the building while he’s up on the 22nd floor. In fact, let’s hope the JERK gets towed away, just to teach him a lesson!

Of course, none of us gig drivers practice any of these terrible habits. We all prioritize safety for ourselves and all other drivers. And we are polite, respectful and courteous towards all other drivers, showing mutual respect, sharing the road as members of civilized society. Right? Or, maybe some of us need to examine our heart one more time: Do WE drive like a jerk?

We gig drivers spend a lot of time behind the wheel in city traffic. We consider ourselves to be expert…

Gig driving can be challenging, especially when doing a $2-300 shift. Fortunately, high-tech help is available through my smartphone. Here…

Be among the first to get the latest info & useful tips about gig driving in Canada. Sign up to receive our regular Gig Bulletin email updates
and to automatically receive our Gigbytes blogs.

Hang out at the Gig Café!

RIGHT NOW MAY BE THE BEST TIME
to START WORKING with CORNERSHOP!
Uber has invested heavily in making Cornershop the #1 online shopping service. Links are now found on all Uber apps. Orders are growing exponentially, and they need more shopper-drivers. Cornershoppers often make more money than in other gigs.
Sign up today and explore possibilities!

RIGHT NOW MAY BE THE BEST TIME
to DRIVE with UBER!
Pandemic restrictions are lifting. Gas prices are rising. Millions more people have begun using Uber.
Sign up today and explore possibilities!

START TRACKING MILEAGE
Gig drivers must track expenses & mileage. The QuickBooks Self-Employed app does it automatically. One of the best gig tools.
Get 50% off or free trial.
Highly recommended! 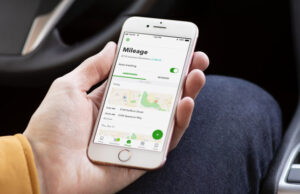